A while ago I wrote a post where I discussed my plan to work through the backlog of books that was accumulating on my shelves, and created a reading list of the next 17 I was going to tackle. You can check out the list here.

Regular readers will know that I regularly post book reviews on here and since making this list I’ve worked my way through, even if I had switched the order. For example, Sense and Sensibility got bumped up because it was on my Kindle and so would be easier to read on my trip to Dublin, and that’s why I’m currently reading The Silence of the Lambs. The order I’ve reviewed them has changed because sometimes I’ve had two on the go at once, I know, I know, I’m a literature slag.

Anyway, most of them have wound up being reviewed, but two of the books I put on my list remain unfinished. Possibly forever.

The first is The Mitfords: Letters Between Six Sisters, edited by Charlotte Mosley. 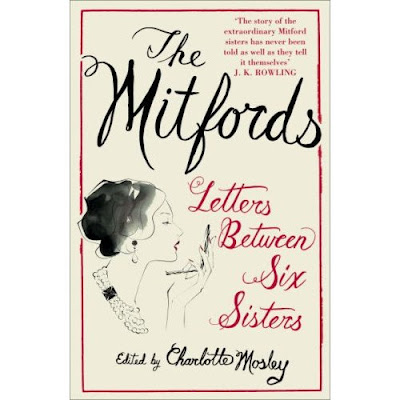 I got turned onto this book by the writer and broadcaster Andrew Collins, who’d voiced his pleasure in reading the book and painted picture of a book which explored the relationship between the members of a family as society changed around them.

The Mitfords were a lower tier aristocratic family, who in the early 20th century achieved a certain level of notoriety because of the sisters. The six sisters became involved in movements popular at the time, most notably communism and fascism, and this led to rifts between them and various feuds and rivalries between them. The book collected their letters and I hoped would provide a fascinating insight into these relationships as well as capture the changes which occurred during their lifetimes.

However, I was sadly disappointed and fairly early on lost all interest in the book. Its quite a hefty volume and my enjoyment of it didn’t come anywhere near to justifying lugging it around everywhere so I gave up on it. The problem was that as well as being filled with footnotes which disrupted the flow, the sisters letters weren’t that interesting.

There were allusions to the world events and it was interesting to see one of them became utterly bewitched by Nazism and Hitler, but perhaps due to their time and upbringing there was a lack of clarity in the letters. There’d be little digs and expressions of affection, but it was still quite prim and proper. Extremely disappointing as I’d had high hopes, I’ll double check Collins’ recommendations in future.

The second book that I didn’t finish was also about 20th century history, The Autobiography of Malcolm X. I’d bought this years ago and had a pop at it before, but had got distracted by other books, so I thought I’d give it another go.

I was curious to hear more about the man in his own words having seen the Spike Lee movie at uni, which aside from a cheesy ending is quite a good flick.

The first thing I have to say is that I did really enjoy and get into this book, at least at the start. The early section recounting his childhood and youth was well done, an evocative retelling of the influences in his formative years and the horrors and injustice faced by the black community in the US during the early part of the 20th century. The destruction of his family following his father’s murder and the efforts of social services is heartbreaking, a terrible reminder of how things used to be done. It provides a reason for the anger and passionate fury that he would become famous for in later life.

Malcolm then moves to the big city where he becomes a hustler and petty criminal, and this sequence of the book is possibly one of the most entertaining. While he states at one point that he does not want to “titillate” his readers it is an exciting section. The stories of dodgy deals, scams and womanizing are told with a kind of manic glee, and there is an infectious energy throughout. Often when someone has been “reborn” as Malcolm X was their recounting of their wild days can be a parade of depressing, grim stories that makes it hard to understand why they ever lived that way. In this book X seems unafraid to show that at the time he was having fun and how powerful these temptations were, and why he fell to them.

Imprisoned for burglary, and believing his sentence to be harsher due to his relationship with a white woman, Malcolm could have become lost in the prison system. However, he became an avid reader and began educating himself, at the same time becoming aware of, and later converting to, the Nation of Islam. Once out of prison he became one of the Nation’s most famous members and speakers, making him a central figure in the racial tensions of the 1960s.

Oddly enough it is during this section of his rise and public speaking that I began to lose interest. Here’s the thing, I didn’t know much about the Nation’s beliefs and reading about them kinda threw me. I’d always associated them with Islam, but their doctrine is so divorced from Islam as to be utterly different from that religion. It seemed as though the Nation were to Islam what Mormons are to Christianity, a bizarre offshoot cult which has twisted and adapted the original beliefs as to seem completely separate.

Maybe as a white guy I was never going to “get” it, but hearing this clearly intelligent man talking of devils and genetic engineering left me cold, as did some of the guy’s beliefs. The man’s sexual politics are all out of whack, and at times his attitudes towards women verge on the misogynistic.

I might take another go at it in the future, but I was starting to struggle with it and decided that life’s too short to keep reading a book which I’m not enjoying and at times is actively infuriating me.