One upside of returning to night shifts is that I have more time to read. In my first two nights I got through a Hamish Macbeth novel and then on the third and fourth I read this.

Again, this is a series of books I’ve only started this year, but having loved The Inimitable Jeeves, I was eager to crack on with another of Wodehouse’s stories about the gentleman’s gentleman. 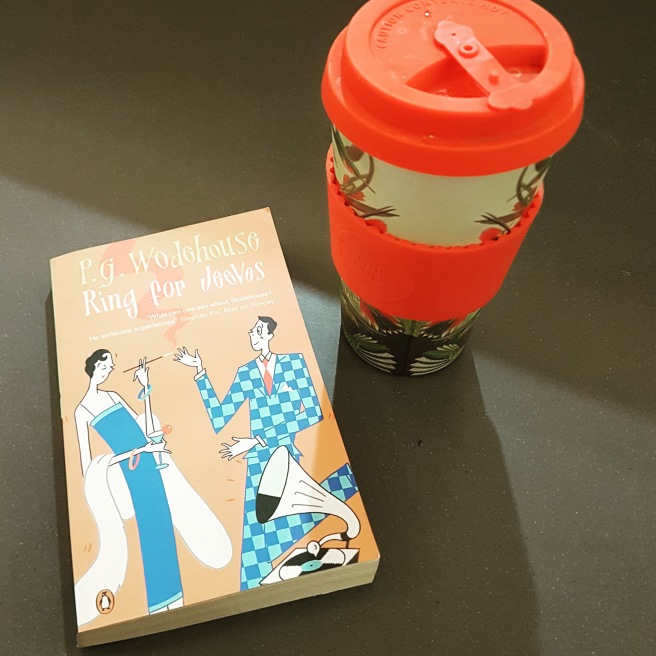 I was a bit disappointed to learn this one isn’t narrated by Bertie Wooster, who I found a warm and amusing narrator last time around. In fact Bertie doesn’t appear at all, briefly mentioned in passing. It is the 1950s and the aristocracy must adapt to a changing world. Bertie is off at a special school learning life skills should the worst happen and he be forced to let Jeeves go and fend for himself. Jeeves is temporarily on loan with the Earl of Rowcester, Bill.

Bill owns a crumbling mansion that is far too expensive to maintain and too large for his needs. Engaged to be married Bill has become a bookie, in disguise, assisted by Jeeves. The scheme has worked well and kept him afloat.

Unfortunately, when a longshot pays off for a punter he has to leg it as he doesn’t have the cash to honour the bet. Meanwhile, Bill’s sister met a wealthy American widow on holiday who may be interested in buying the house. En route to view the house Rosalind Spottsworth meets an old friend of her late husband, Captain Biggar, who carries a torch for her. Biggar is in hot pursuit of an unscrupulous bookmaker who has done a runner.

It turns out Rosalind is an old acquaintance of Bill’s, and during their youth they had been friendly on holiday. Bill is encouraged by his sister to use his charms to try and sell the place, but this causes some jealousy and suspicion from his fiancee.

Can Jeeves help his new employer navigate the challenges of selling a house, sweet talking an old friend and keeping his fiancee happy? Can they hide from Biggar or come up with some way to find the money needed to pay him back?

This book was a delight, Wodehouse’s writing is alive with wit and gentle humour. The farcical aspects of the story are handled well, slowly piling up around poor Bill but never becoming too ridiculous. Wodehouse cleverly layers in and draws together all the subplots to tighten around the characters.

Apparently this is based on a play Wodehouse wrote and there are times when it shows. There’s a lot of dialogue and some of the prose feels like stage directions. To his credit, Wodehouse expands on them wonderfully, tossing in wry asides or witty observations. It kept me entertained and charmed me immensely. It’s the kind of book you smile all the way through, just enjoying the story and the skill with which it has been written.

I missed Bertie’s narration but this is still a clever and funny read. And interesting given how it deals with thr changing attitudes and fortunes of the upper classes in the postwar era.

One thought on “Book Review: Ring for Jeeves by P.G. Wodehouse”