My Kindle Unlimited subscription lapses soon, and so I’ve decided to try and make the most of it. Part of this was checking out a few Kindle Singles, starting with this one.

Part of a series about inventions and innovation, this book follows two men who in the 1910s were involved in trying to create safe ways for pilots to get back to earth. 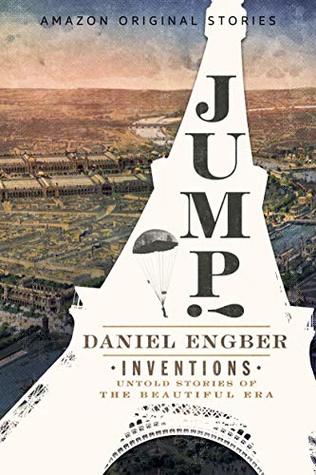 One weekend in 1912, two men made big jumps to test their gear. Stuntman, or as he put it “professional jackass” Rodman Law leapt from the Statue of Liberty, while tailor turned inventor Franz Reichelt climbed the Eiffel Tower.

Engber vividly captures the circumstances of these jumps and a snapshot of the time they occurred in. Man was just starting to take to the skies, but it was a risky business. A large cash prize was on offer to anyone who could come up with a safe way to get the pilots down.

Engber gets inside the mens heads offering his vision of how they must have felt. He builds the tension as the men make their climbs, putting their lives in the hands of their experimental gear.

It’s a short, fast read with fantastic writing. Law cuts a tragic figure, a stuntman who eventually loses his nerve and starts to feel the physical effects of his job. And Reichelt, with no technical training, obsessively honing and reshaping his design.

There’s bravery here, and foolishness. And it reminds the reader of the risks needed to advance things.

Engber’s writing makes the story vivid and engaging, we get the facts but in wonderfully entertaining way. It’s fantastic nonfiction work, and a fascinating read.

Ultimately you wish it was longer, so we could hear more about the incidents and figures who are only mentioned in passing here.

One thought on “Book Review: Jump! By Daniel Engber”