One of my major regrets is that I stopped running when I went back to university in 2013. By that point I’d been running for almost two years, and I loved it, not only was I in better shape, but it was a great chance to clear my head, it made me feel good and I just enjoyed doing it.

Well, the first hurdle was trying to adjust to university life again. Unlike Film Studies, Nursing was a pretty intense course and I was in lectures pretty much five days a week, in the evenings I was wiped out and would just hang out with my flatmates and I didn’t fancy waking up super early for a run before lectures I found difficult.

The other issue was that living in halls put me off the idea a little. I didn’t want to come back after a run looking all sweaty, red faced and gross. I know that’s daft, but in 2013, despite being at my lightest for years, I was still massively self conscious, and cared a lot about what other people thought about me. I think moving to a new city and going back into halls had really shaken me, I was around a decade older than my flatmates and I felt a bit of an outsider. I also worried that I looked lame trying to hang out with them and that my running might be judged, which is silly and not something I should have let get under my skin.

As a result in the entire first year I managed about three runs.

It was pretty dumb as the running probably would have given me a release valve for the stresses of the course and with a Park Run a few minutes away I could probably have improved my performances over that time. Unfortunately, I just kinda let it peter out.

Of course, the major impact of this was that my weight started to creep back up, not helped by the fact that I was drinking more and eating crap.

But I think a worse effect was on my mental health and wellbeing.

I was never a super runner, I wasn’t the fastest and I didn’t cover massive distances, usually around the 8-9k mark in around an hour. And I probably looked a total mess, but the thing is, none of these things mattered.

I’ve heard of “runner’s high”, this feeling of being utterly in the zone, exhilarated and even a bit euphoric, and I totally had a version of that. After a few minutes I would find my rhythm and enter what I call the Juggernaut Zone. 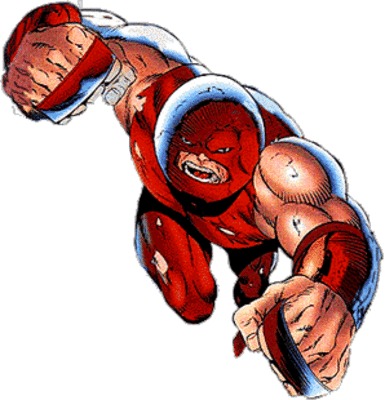 This was the feeling of being unstoppable I got when I was in full flow. I’d run straight ahead, feeling that anybody on my path had best get out of my way because I felt unstoppable.

It was a great feeling, especially for someone like me, who usually felt kinda powerless or adrift. When running I had purpose, I had power. I was the Juggernaut, b***h!

I’d love to get that feeling back again. While my life is a lot better in lots of ways than it was in 2013, I’d be lying if I didn’t acknowledge that some stuff has got worse. Not only am I physically worse now, but my body image has taken a real kicking. I’ve always been self conscious and never felt particularly proud or happy with the man in the mirror, but I know that when I was running I felt better about myself.

This wasn’t because my scales were telling me that (in fact, I was only weighing about every six months or so, if that) but because of how I felt about myself. Sure, I was tired after a run, but I’d earned that tiredness, and it was getting easier all the time. That good feeling didn’t end with the run, it carried over into my everyday life. Hell, that newfound confidence was part of what gave me the nerve to gamble with going back to university.

That might not have worked out, but I think if I hadn’t I’d probably still be working my crappy job in Swansea, living in a rented room and never would have met WoM and built the life that I have now.

I’m not saying that running is gonna cure everything, but if it helps with my weight loss and body issues, that alone will be a good thing. But I think having that outlet and doing something constructive and for myself every couple of days will make me feel a lot better in myself. And if I feel better about myself I’m probably more likely to try to better myself further.

So, I’ve downloaded a new Couch to 5k app and I’m going to give it another go. It got me there the first time, so here’s hoping it can do the trick again.

One thought on “Born to Run? Why I’m gonna start running again.”