Having really enjoyed the first instalment of Spike Milligan’s war memoirs, I was keen to get on with the rest of the series. So, when I got an Amazon gift card for my birthday, this was one of the first things I downloaded onto my Kindle. 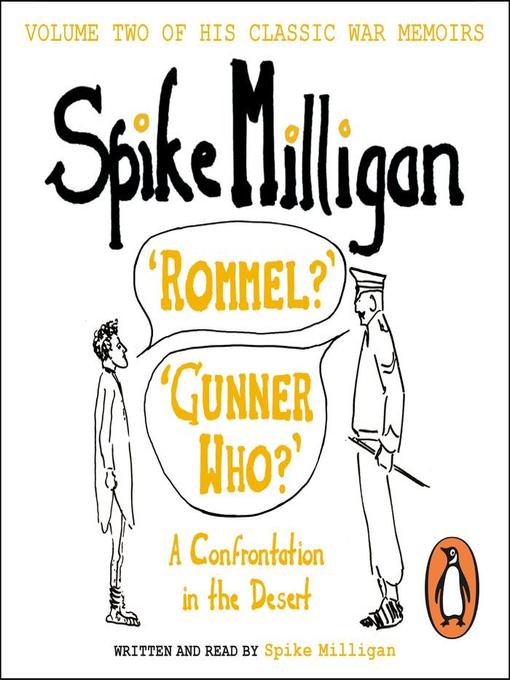 Picking up where the first ends, this sees Milligan and 19th Battery in Algeria, pushing on for Tunisia as the war starts to heat up. Whereas in the first book the conflict seemed almost a world away from his training on England’s South coast, here he is closer to the danger and actually comes under fire. This means that despite Milligan’s sense of humour there is a darker edge. One particularly dark moment has Milligan taking a watch from a recently killed Italian soldier and sending it back to his father.

The humour of the men changes, there’s more gallows humour and at times Milligan admits that the wisecracks feel forced, or repetitive. The men are clearly rattled, but trying to carry on as normal, to put on a brave face, but the cracks do show. There’s a particularly moving sequence when one of Milligan’s friends, a Lieutenant, is killed.

There are other moments when death looms large, but Milligan is also well aware of the ridiculous moments of war and the quirks of the men he serves with. There is a feeling of not taking life too seriously which flows through everything he does, with even his more introspective moments undercut with quips and gags.

The gags come thick and fast and it made me laugh many times, but there is a darkness and sense of consequence here that makes it less fun and carefree than the first part. That being said it is an entertaining and involving read about one man’s war, and thankfully a man of humour and intelligence.

Verdict: Very entertaining but the horrors of war close in and make this slightly less fun than the first. Luckily, Milligan is still a hugely entertaining writer with a keen eye for the absurdities of war and a knack of capturing characters and place well. A good read. 8/10

2 thoughts on “Book Review: “Rommel?” “Gunner who?”: A Confrontation in the Desert by Spike Milligan”