That title right there is the answer to any “how’s the diet going” questions you might have.

I’ve always found that question to come off as a little dickish. Sarcastically spoken to a chubster enjoying a treat or in obvious acknowledgment that it can’t be going well or they would have noticed the pounds falling away. 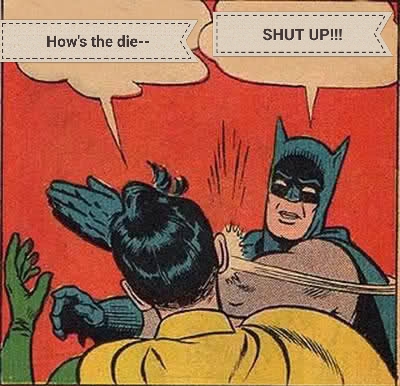 Don’t ask your fat friend. If it is going well or badly they will tell you. If they don’t, they probably don’t want to talk about it.

On Wednesday MWF and I ordered a takeaway. MWF was between night shifts and I’m lazy, and it was far too hot to he cooking. So, we hit JustEat and searched for some grub.

We decided to go for Vic’s Fish and Chips, home of some amazing homemade onion rings. If you’re in the Barry area check them out they are lush.

One item I’d noticed on the menu were Oreos that had been deep fried and as it was pay day I indulged my curiosity.

I was worried they would be greasy but the batter was crisp and dry, and tasted nice and inside the gooey cookie was delicious. It was kinda like a doughnut, I guess but smaller and not as sickly. MWF had one and I snagged the other two. Would definitely have them again as they are pretty damn tasty. 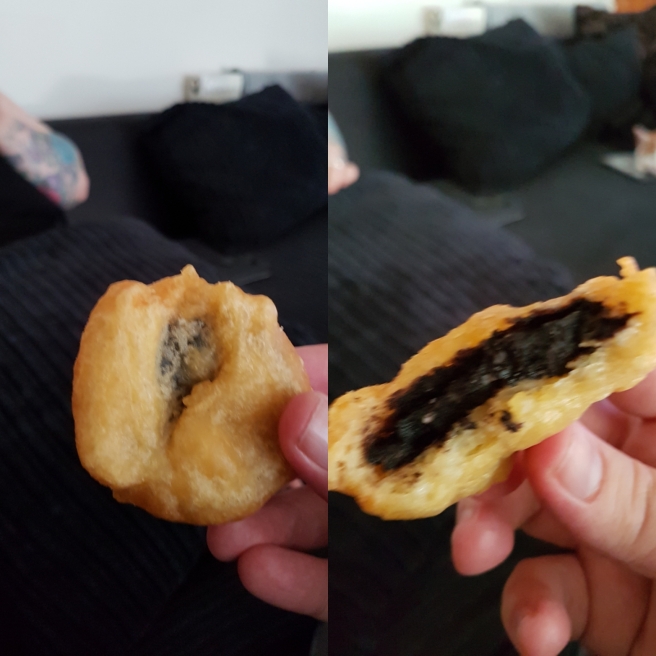