I’m currently watching Snow White and the Seven Dwarfs, the very first feature length Disney movie and the original Disney princess. I can’t remember when I first saw this movie, it was probably when I was a tot and we watched it on VHS. 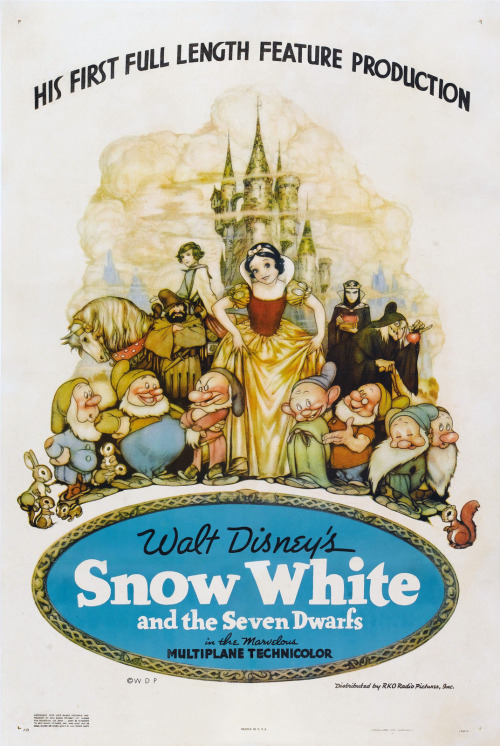 My sisters and I had most of the Disney movies and a few were on heavy rotation, but this wasn’t one. It wasn’t because we hated it or anything, we just liked others more.

MWF, however, a hardcore Disney fan loves it and ranks it in her top 5. Part of this is because her Nana loved it so it has sentimental reasons too, but also because she loves that the success of the movie is the bedrock for the entire Disney legacy. This is why MWF gets quite miffed when the princess merch leaves Snow out.

Watching it as an adult I’m struck by a couple of things, the first being just how young Snow is. I know a lot of the Disney heroines are young, but few are as childlike as Snow.

She’s undeniably a girl and that’s what makes the Evil Queen’s rage and hatred so evil, she poses the direct opposite to the girlish and naive Snow. Seriously, Snow White is ridiculously nice, she drifts through the movie in this bubble of decency, and events kinda happen around her.

Some people get snooty about the Disney princesses and the example they set for girls, and it has to be said that Snow is a bit of a wet blanket. She never really stands up for herself and she’s prone to fainting, which isn’t that good. And she needs the Dwarfs and the Prince to save her, but I think given the time it was made we can cut it some slack. And Snow does teaches kids two things- be nice and don’t take stuff from strangers. Which are important lessons.

Which brings me to the Evil Queen, who is unbelievably Creepy. Some of the sequences with her in are Gothic delights and the creation of the poison apple must have been giving kids nightmares since 1937.

Also her demise is incredibly macabre, like something from a German expressionist movie.

I guess it’s easy to be judge it and, sure, some of it hasn’t aged well (the songs are weak and unmemorable, “Heigh-Ho” aside). But some of it really stands up, the villain is solid and the art is fantastic

And there’s the dwarfs. They are magnificent even with their simple characterisation, and they are wonderfully entertaining. From the adorable Dopey to the group’s sourpuss Grumpy they all have a certain charm and help make the movie work.

Although you do wonder what rejected dwarfs like Tipsy, a drunk, or Burpy would have brought to the table.

It’s cheesy and dated in places, but it’s still quite good fun and looks great. Disney would develop and improve over the years, but the blueprint for their future successes are all on show here.

I’ve just been yelled at by MWF for only giving this 3 and she insists that I bump it up one as it’s her favourite. So, as I don’t want to be clouted we’ll amend the score slightly;