I’ve enjoyed the other books I’ve read by Mishka Shubaly, and the premise for this one sounded interesting, with the writer trying out for a reality dating show.

It’s an odd mix, the faux reality of the show colliding with Shubaly’s candid writing, and given his knack for trouble and smart mouth he seems an unlikely fit. He’s aware of this and applies for a laugh after a break up. The break up is not glossed over and Shubaly shares his ex’s break up email, which is savage in its precision of highlighting faults and attacking his weak spots.

This would seem invasive but Shubaly reveals that she CC’d someone into the conversation. Also,she wrote extensively, leading the writer to observe “8000 words? That’s not a breakup letter, that’s a breakup novella.” 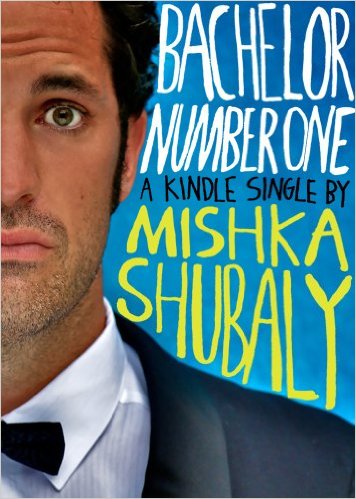 Shubaly is funny, open and oddly charming throughout and it’s an entertaining look behind the curtain of reality TV, from rigid, restrictive contracts to the way the reality is contrived.

I demolished it on the bus to London and it’s a great quick read that made me smile repeatedly.