In 1997, Princess Diana died. I was twelve at the time and even then I was mystified, creeped out and suspicious of the mass public grief that followed.

It all seemed a bit showy, fake and self indulgent. Thousands flocked to Buckingham Palace to leave tributes and I found myself struggling to accept that a stranger had impacted on their life so much. Some of it seemed to be a competitive thing, or induced by some kind of feeling that not displaying your grief meant you were cold or didn’t care.

It was like people decided to break away from the stereotypical British reserve and let that upper lip loosen up. Now, I think we should all be in touch with our feelings and express them, but a little bit of control isn’t a bad thing. Also, there are better ways to unleash it, although perhaps the show of letting it out over something you weren’t really connected with was the appeal. It was a safe release of years of keeping a lid on things.

I mean, these two kids probably weren’t that bothered and probably taken by a parent or grandparent who was caught up in the mob mourning. 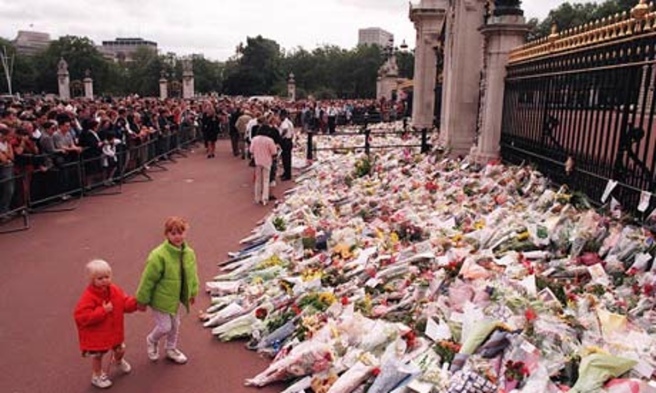 My mum is a republican and quite cynical in some regards and I think my distaste for the over the top displays that followed. Also it didn’t help that when I came down on the Saturday morning it was on pretty much every channel and I missed my regular dose of Live and Kicking.

I’m not a complete bastard, I appreciated that for her family it was a rough time and the manner of her death was tragic, but I think the British public went overboard and it didn’t seem right to twelve year old Chris. Also, I think even then I felt that the public was denying it’s part in her death. She was chased by paparazzi who wanted photos because the papers paid big bucks because of the public’s hunger for photos of her.

I know I blogged about Bowie and Lemmy’s deaths and was moved by them but to defend this I truly believe that artists and musicians make more of an impact because their work becomes part of our lives in a way a general celebrity doesn’t.

After her death Diana was elevated to near sainthood and the press continue to sing her praises while avoiding acknowledging that they were part of the celebrity culture which her sons loathe and which intruded on her life.

To this day the British media will pull her out as an exemplar of decency and run stories on slow news days.

The Daily M**l surpassed itself today as they filled two pages with a spread about her dress sense, which seemed to essentially say “she wore something which is kinda like something someone else wore” the idea being that she’s some kind of style guru.

The problem is that some of them are laughably tenuous. I mean, I don’t think Diana invented the white shirt and jeans combo-

They’re not even the same jeans. And the tops are totally different!

Two whole pages about this?! I doubt this is what the writer dreamed about when they trained to be a journalist.

Google searching photos of Diana and then trying to find photos of current celebrities in vaguely similar outfits. And I’m not sure what the point was, I doubt the celebs even considered Diana in their choices.

Also, in many cases she didn’t look as good as the other picture, for example here’s Diana vs Gaga. 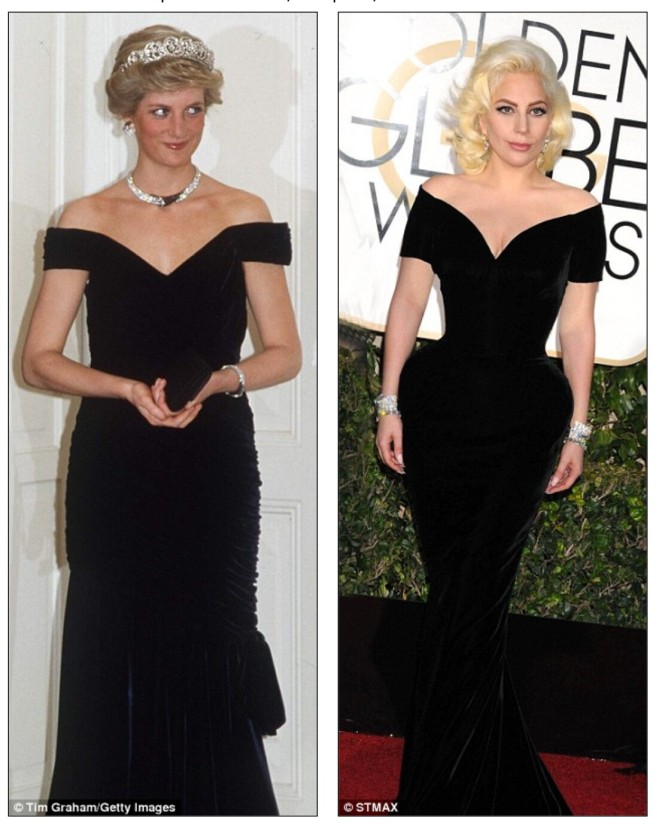 I just think they could maybe let the Diana stuff rest now, it’s been almost twenty years, move on.