Finally…a Kindle free book which I actually enjoyed, after months of duds.
This book was a decent enough historical mystery thriller which benefits from some good characterisation and a fast pace which makes it a quick, enjoyable read. 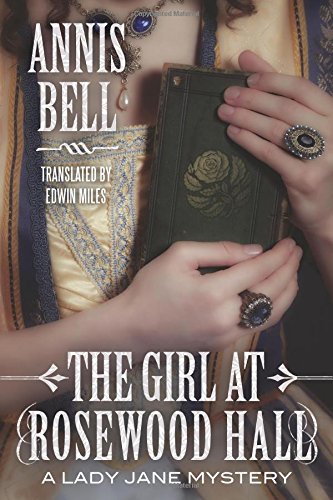 Set in the 1860s it follows Lady Jane, a strong willed young woman who chafes against the confines of the strict societal rules forced on women. An orphan, she has been living with her uncle, but as his health fails, she faces a tough decision. She will lose independence and her life controlled by her jealous, greedy cousin.
Her only hope is marriage, but that would also be surrendering control of her future.
During a winter party a disheveled, starving girl named Polly arrives at Rosewood Hall. She babbles about having escaped a cruel master and other things before dying, including wanting to keep her friend Mary safe. To avoid scandal and worsening her uncle’s health, Jane is aided in covering it up for the evening by Crimean war veteran Wescott, a friend of her uncle and a dashing, mysterious man.
Wescott proposes a unique deal, a show marriage. Allowing Jane to claim her inheritance, and the only condition is that she accompany him on social events.
Jane begins digging into the girl’s disappearance and begins to uncover signs of a conspiracy involving the trafficking of young women as servants and playthings for deviant aristocrats. Can she find the dead girl’s friend and keep her safe?
Meanwhile what is Wescott up to? And can she trust a virtual stranger?
I dug this book, which was a quick enjoyable read. The story unfolds at a decent pace and Bell makes her characters engaging and believable. Her writing is simple and unfussy, but she has a knack for characterisation and building tension with easy skill.
Lady Jane is a good protagonist, strong willed and smart, she throws herself into the mystery and shows resourcefulness. What I liked was that she has flaws, acting too quickly, suspecting the wrong people and endangering herself.
There are a few predictable turns, but a couple of genuine twists, and it’s all a perfectly fine genre piece. Bell also has a few threads which  are still untied, leaving it open for a sequel.
The ending is a little bit rushed, but it’s the only flaw in a thriller which works perfectly well, even if a tad predictably. What impressed me most is that it’s been translated, but you can’t really tell and nothing is lost in switching to English.
Verdict: Moves at a decent pace and keeps the reader involved throughout. It has enough mystery to keep you guessing and the characters are well rounded. The ending is a little rushed, but a decent thriller. 7/10.
Any thoughts? You know what to do. BETEO.