While many would have us view migrants as being here to take our jobs or milk our welfare state, I think it’s important to remember that many are fleeing for their lives. Whether from war, persecution or being personally targeted for violence, for these people safe refuge is the ultimate goal.
Refugees like this are possibly the most vulnerable group out there, adrift in a strange land, fearing for their lives and often subject to prejudice. They are isolated in countries with a different culture and language, in many cases they can’t seek out their own community because of fear or because that group shares the beliefs they have been forced to flee. Take for example the gay and lesbian people kept at detention centres, who are locked in with people who abuse them and insult them in the same way they were trying to escape.
As anti-migrant feeling grows, fuelled by tabloid scaremongering and pandering politicians, the situation is unlikely to improve for many.
While this is all rather bleak there are glimmers of hope, with compassion, kindness and humanity’s best virtues being on show.
Take for example the German based Fluchtlinge Wilkommen (Refugees Welcome in English), which has been set up by a couple and seeks to find places for refugees needing a place to stay. 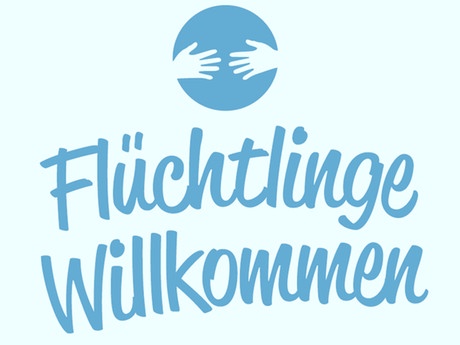 The couple, Jonas Kakosche and Mareike Geiling, had a room going spare and decided that it would be a nice thing to give the space to a refugee, they raised some cash to cover the rent on the room and gave the room to Bakary, who had fled Mali.
Since then they’ve made 52 matches across 11 towns and cities. People with a spare room (for at least 3 months) sign up and fill in their details. The group then match them with a refugee near them needing a place, and its all sorted out that way.
Where rent needs paying the German government pitchers in, using the welfare budget it has for refugees.
It’s a great idea and reading about it made me feel really good, knowing that there are some decent folks out there who are willing to accept a stranger into their home and give a person in need a place to live.
It’s this kind of selfless compassion that reminds you that despite our numerous failings and ability to be horrible to one another, sometimes people can just be awesome. I thought I’d share it because there’s far too much bad news out there and because I found it a really inspiring, lovely thing to hear about.
Any thoughts? You know what to do. BETEO.