On his radio show Rhod Gilbert regularly highlights what he calls the “non-story of the week”, an item in the papers which is of extreme pointlessness. This week I saw one of these pieces.

I was finishing off a night shift and my coworker had turned on the TV to ITV’s Daybreak, which sucked as I always put on the BBC because its better, there are no adverts and they have a good presenting duo, Bill Turnbull and the wonderful Susanna Reid. 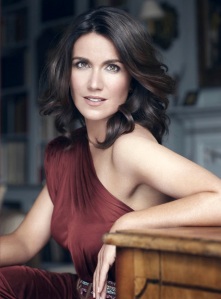 Anyway, one of the items was this story about how this woman had got on a tram up in Manchester and nobody aboard had offered to give up their seat for her. Now, what makes this story noteworthy, if not newsworthy, is that the woman in question was pregnant, and on crutches.

I’d like to think that nobody can hear that story without thinking that everybody on that tram is a total scumbag.

I’m not going to go on one of those “modern society is going to the dogs” rants because, I don’t buy into that theory and even if it was, you guys live in it so you’d know already. But I will say that this is a pretty extreme example of douchebaggery.

I mean, a pregnant woman. On crutches.

I might not give up my seat for women in general, believing that lacking a Y chromosome doesn’t mean you can’t stand as well, but anybody who looks as though they need the seat more than me will always get my seat, and this lady qualified on two counts.

It’s a remarkable story because its rare to see such a collection of wankers in one place, aside from the usual places they congregate (BNP meetings, Leeds United matches, Good Charlotte, the Chelsea dressing room).

So, shame on you, tram passengers. You suck.

However, Daybreak‘s attempt to highlight the rudeness of those people was undercut slightly when their anonymous male presenter cut her off mid flow, because they had to cram in a brief interview with “an expert” before they had yet another ad break. Smooth.

Yup, so I just did a full post on something that I said was pretty pointless.