Its weird how your memory works, I’ve seen the movie version of this book a couple of times and usually that makes me nervous of reading the book, because you kind of know what’s coming, but the thing is while I remember a lot of little bits from the film its mainly been reduced to the oft-parodied scenes between Jodie Foster and Anthony Hopkins, and a smattering of little touches and moments. 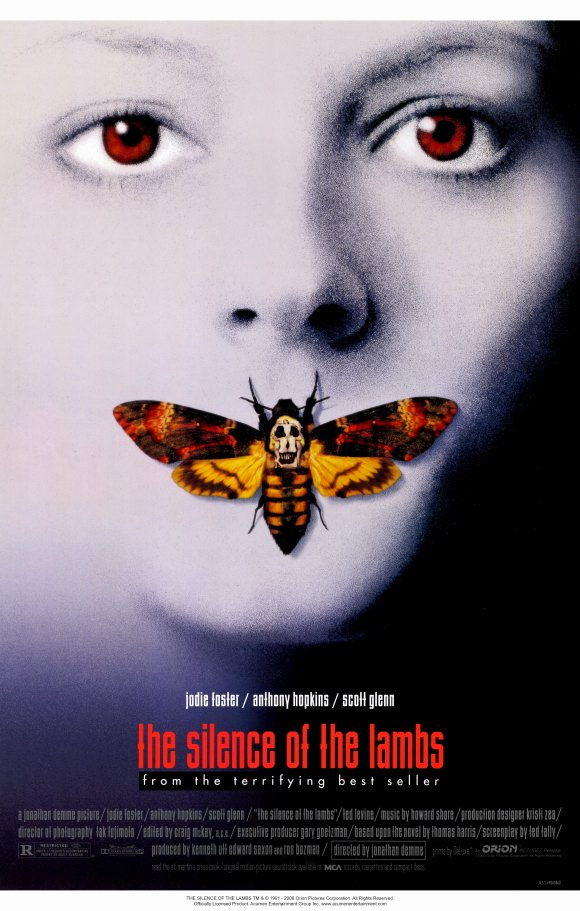 So reading the book I found myself not entirely sure of where the story was going, which was cool and allowed me to fully get caught up in the story.

The plot follows a trainee FBI agent, Clarice Starling, who is asked by her boss Jack Crawford to attempt to get convicted serial killer and famed psychiatrist Hannibal Lecter to comply with some psychological tests. Starling visits Lecter in the mental institution where he is imprisoned and after a stumbling start they seem to develop a rapport based on trading information as Lecter is interested by Starling’s background. Following an attack by one of his fellow inmates, which Lecter abhors due to its rudeness he gives Starling information which leads her to discover a severed head hidden among the possessions of one of Lecter’s victims.

Starling is then invited by Crawford to join her in examining the latest victim of the serial killer nicknamed Buffalo Bill, due to his habit of skinning his victims (a reference lost on me, I’ll admit). Bill has killed 6 victims so far and Crawford is under pressure to catch him, while also dealing with the fact that his wife is terminally ill.

During the examination Starling discovers a moth cocoon stuck in the victim’s throat, which she believes is a clue they should follow and which is matched by a similar discovery within the head.

The hunt for Bill becomes even more fraught and the pressure on Crawford increases when Bill snatches the daughter of a US senator. Crawford and Starling believe that Lecter knows more about Bill and offer him a deal, lying in saying that it comes from the senator. Lecter provides Starling with some ideas and clues, but the situation is spoiled by Chilton, the head of the institution where Lecter is kept. Overly ambitious and arrogant in his skills, as well as harbouring resentment for Starling who rebuffed his advances. Chilton reveals the ruse to Lecter and decides to make his own deal with the senator, which he will then publish about thus increasing his reputation and advance his career.

Crawford however feels that Lecter, who he helped put away will merely toy with the senator and Chilton has endangered her daughter’s life. The senator however, having lost faith in Crawford turns against him and Starling.

Lecter provides them with conflicting information, telling the senator a name to track down while explaining to Starling that Bill is targeting larger women as he intends to make a suit from their skin.

The investigation continues, looking into the clues provided by Lecter as well as following the evidence on the moths. Starling’s discoveries about the senator’s daughters’ private life causes friction with the senator and Starling is threatened with disciplinary proceedings, but decides to take one last chance and meets with Lecter who provides her with the case notes complete with an enigmatic statement.

Can they find the senator’s daughter in time? How much faith can they afford to place in Lecter’s information? And will Starling be able to complete her training and become an FBI agent?

First of all, Thomas Harris is a fantastic writer, but one hell of a messed up cat. The plot and Bill’s motivation and style of killing is extremely gruesome and twisted, but yet utterly captivating, in the way that you can’t turn away from something gross or shocking. What’s even more disconcerting is the fact that Harris flicks between the perspectives of different characters throughout, and there’s something chillingly disturbing about the offhand, unfeeling way that Bill approaches his work and victims.

Harris, however, is more than just some shock tactics gore maker, and shows real skill in the book. He’s clearly researched and thought out the story, crafting a brilliant, suspenseful work which keeps you on the edge of your seat and makes it a real page-turner. The terror ratchets up throughout the book, and by the end its a real “can’t put it down” affair.

Harris’ other major skill is his creation of characters, and while the creepily charming and well mannered Lecter has become his iconic character, helped by the work of Hopkins on the big screen, the rest of the characters are realized well, the stupid selfish motivations of Chilton, the tired and embattled Crawford and the deranged Bill.

But it is Starling who is his triumph, being a truly strong heroine. Intelligent, strong willed and resourceful she follows her instincts and cracks the case. She struggles under the intensity of Lecter’s analytical mind and her past appears to be troubled, but she shows the necessary grit and strength of character which suggests she will make a good agent.

Also, Harris uses her to explore the problems faced by a young, attractive woman who enters into the male dominated world of law enforcement. She is subject to condescension and rumour throughout, and it clearly rankles at times but Starling digs deep and does her best to push through.

Despite the subject matter and a few toe-curlingly disgusting flourishes, its more about the mental side of the serial killing game and the characters than the gore and slayings.

Verdict: A thoroughly good read, Harris crafts a dark, chilling tale of suspense and his characterization is brilliant. 8/10.

2 thoughts on “Book Review: The Silence of the Lambs by Thomas Harris”