One of my favourite shows at the moment is the sitcom The Big Bang Theory, which if you haven’t seen it is about these four socially inept scientists and their hot, perky neighbour.

Its a really funny show which is chock full of great lines, some wonderful characters and a plethora of geek culture references. I love it despite the fact that one of the major characters, Sheldon (played by Jim Parsons) infuriates me immensely and I just want to slap him upside the head.

He’s picky, insensitive, whiny and arrogant, but that’s besides the point.

Anyway, the show’s protagonist is Leonard, who falls for the hot girl across the hall. He’s played by the actor Johnny Galecki, who does a good job of making him an awkward, neurotic yet still likable character. 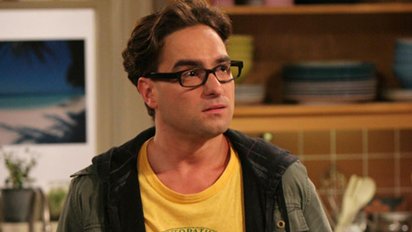 Anyway, Galecki has apparently been at the centre of some rumours regarding his sexuality, which seems to be par for the course for celebrities (seriously type most celebrities into Google and “gay” is usually in the drop down auto-complete box). Read the comments here and apparently Galecki is suspect because of his “hand gestures”, which is a bit of a stretch especially as on the show he is ACTING!

The reason I’m writing about this is because when asked about why he doesn’t address these rumours Galecki showed some real class delivering the following brilliant response:

It shows real intelligence and understanding, and in a way shows how attitudes towards homosexuality have changed. In the past celebrities who were subject to these rumours would have responded with outrage or as in the case of Jason Donovan have pressed charges against magazines who have published these articles.

Donovan’s actions were condemned by some as homophobic, but I believe that’s an overly simplified way of looking things, in 1992 being gay was not such an acceptable thing, and Donovan may have been worried that it would negatively affect his career.

But Galecki’s response shows that times have changed, and while there is still a way to go, society in general is more comfortable with and accepting of  homosexuality. I read a great article recently about what would happen if one of One Direction was gay, it addressed what might follow and the writer spoke with Lance Bass, former member of *NSYNC who had to cover his own sexual orientation, but who felt that today’s fans would be more understanding and that they would not have to hide it.

I’d like to say this is the case, and for the most part it is, but with the constant obsession over people’s orientation shows that its still a big deal, and hopefully we’ll reach a stage where its just not commented on.

I mean there are still some who angrily fight accusations or seem to be annoyed by them, like John Travolta and Tom Cruise, but for the most part people either ignore them or laugh them off, and that is progress.

What I find quite funny is how often these rumours seem to come from ridiculously stereotyped views:

Of course there are exceptions, I was a bit surprised to find out that faded action star Vin Diesel was the subject of rumours, that one was some out of the box thinking.